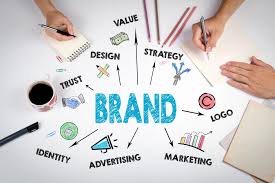 When someone says the word brand, what do you think of? McDonalds, Apple and Amazon all come to mind. Branding has rapidly evolved throughout the years and today it plays a major part in a consumers’ decision-making process. But where did it all begin?

Rewind back to around 950 A.D. where the modern name of the word brand was derived from the ancient Norse word “Brandr”, meaning “to burn.” This comes from how the ancient people used to burn a piece of wood.

In the 1500’s branding really started to take off and the meaning of the word brand had changed dramatically. Farmers and owners of cattle would burn their livestock with a unique mark to be able to identify them as their own. These individual marks would differ between each ranch so if an animal was lost, stolen or mixed up with other animals they were easily recognisable. The marks would be simple, unique and easy to identify – common factors in modern day logos. Mass production and shipment of trade goods were on the rise.  Products such as ale and wine were being produced and distributed at especially high rates. To distinguish themselves from their competitors’, some producers would mark the crates with a specific symbol, which would be unique to each manufacturer. Over time this type of branding symbolised quality rather than ownership of a particular product.  In turn, products that were seen to be of high quality were often sold for higher prices compared to their undistinguished counterparts. 1870 is when it first became possible to register a trademark to prevent competitors from creating confusingly similar or flat out copies of products.

1905 was when the brand itself started to become valuable. It started off with an ad from Coca-Cola, their slogan read “Coca-Cola Revives and Sustains.” From then on brands started to promise functional benefits to consumers buying from the company. The introduction of TV’s and radios into homes gave companies new ways to create demand and advertise their products. In 1928 a book was published called “Propaganda.” Edward Bernays, the writer of the book, argued that people could be influenced and persuaded to change their behaviour if products were associated with large numbers of people.

Marketers were now using mass media to associate brands with emotional benefits rather than functional ones. They were trying to get inside people’s heads, and it was working. Brands started associating purchasing a particular brand with happiness, make it seem desirable, or like you’d be more successful or popular if you owned it.

As distribution channels stretched around the world, and consumers had more product choice than ever before. Companies began to focus on building brand recognition, rather than focusing all their marketing solely on their products and services. This allowed them to build a strong brand loyalty between consumer and product, this then extended across product lines.

Businesses then began to focus on building a strong corporate identity, and adverts have gotten further and further away from the products they’re trying to advertise, and focus more on the brand and brand image.

Corporate branding also branched out into non-profit organisations, political groups, and even personal brands for celebrities. With the explosion of the internet and social media. Branding is now on a scale that would have been inconceivable even 20 years ago. These days it’s not enough for people to just consume products. They want to get involved and be a part of something bigger. How brands are perceived by the public are now posted on sites such as Facebook and YouTube for everyone to see. Brand loyalty has skyrocketed with people actually having full frontal arguments about which brands are best. Viral marketing, SEO and outsourced delivery offer organisations opportunities and recognition that would not have been possible before. Therefore are able to do so without recklessly spending on advertising. What’s next for the future of branding? Looks like we’ll just have to wait and find out.